What is Stage Story?

Stage Story is founded on the belief that for children to learn, they must be captivated, and that when captivated they can be inspired, and only when inspired do they become storytellers.

Stage Story was set up by professional children’s tutor and experienced writer, Emily Ripley. Founder of
Ascent Tutors, an established group of professionals who prepare children for entry into some of London’s most prestigious schools, Ripley observed that many of her pupils were finding story writing difficult. 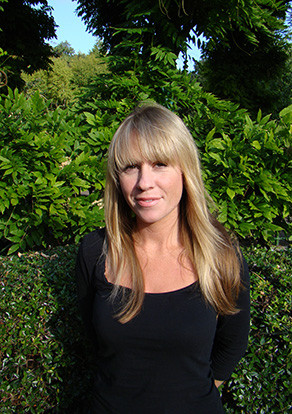 Instead of being fun, composition had become a source of tension and even anxiety. Despite the natural creativity and uninhibited imagination commonly associated with childhood, the sight of a blank page seemed to be as daunting for her pupils as it is for many adults.

Ripley concluded that teaching children the techniques of creative writing – punctuation, paragraphing, figurative tools such as similes and metaphors, characterization, dialogue, planning and timing etc – though essential  – was not enough. There was a gap between these critical building blocks and the finished story. Children who had mastered the metaphor were for some reason unable to muster the magic needed to captivate and compel. Story writing had become just something they had to do for exams. Children were being educated but not inspired.

Cue Stage Story. Based on her experience of the power of dramatic performance in television and film, Ripley decided to combine the infectious energy of theatre with traditional creative writing techniques. By bringing actors and tutors together, Stage Story not only provides a more exciting and inspiring environment for young writers but also, through performance, a much more effective method of teaching the basic elements of composition.

What better way to explain the relevance of punctuation, than to perform a script with it and then without it? What better way to explain the impact of an adjective like ‘grumpy’ than to act it? The purpose and the power of words, grammar, punctuation etc becomes immediately apparent. For many children, used to being taught these concepts in a classroom or on a screen, this can be a light bulb moment.

Our story is your story

Ripley could also see that tests, exams and marks were poor muses when it comes to getting those creative juices flowing. If the purpose of writing a good story was simply to pass an exam, it was no wonder that many children were struggling to find inspiration. So what if the purpose of the story changed? What if children wrote not for a teacher or an examiner but for an audience? The highlight of all our workshops is the performance of the children’s own stories by our actors at the end. Children watch their stories and the characters they have created come to life before their eyes. They experience the joy of making others laugh or gasp simply with words – their own words.

By bringing comedy and energy into the classroom, our actors captivate and entertain our students while they are learning. Stage Story is founded on the belief that for children to learn, they must be captivated and that when captivated they can be inspired and only once inspired do they become storytellers.